My bucket list is fairly long, but I have been fortunate to have crossed off a number of items. I have seen The Kinks play Apeman live, I have met a few Hall of Fame Rock and Rollers, and I have written novels and pieces of music. But I just realized that there is one thing that will never come to pass. In addition to writing a novel, another goal of mine was to have the art of Darrell K. Sweet on the cover of one of my books. But I just learned that he passed away in 2011.


I first became aware of his work when I saw Lord Fouls Bane in a local bookstore. The back cover blurb was interesting, but it was really the cover that pulled me in. 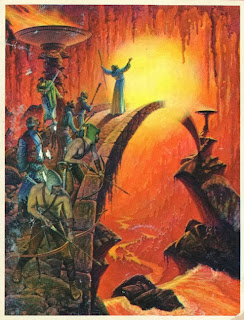 Two successive chapters in the Thomas Covenant series followed, and each time the artwork called out to me: 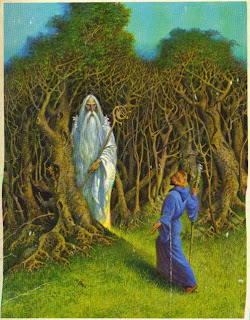 I would have bought them right away had I not been an eleven year old with barely enough money for a comic book. 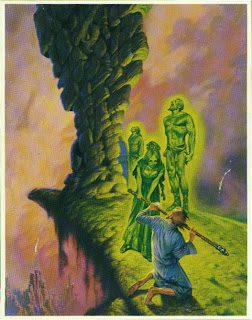 As it was, I would gravitate to them each time I found myself in a bookstore. Eventually, I bought and read the series, which completely lived up to the artwork. Yet I couldn't help wishing he had done more than just one picture per book.

Evidently, it wasn't just me who appreciated his work, since his art has graced countless other books. For me, he has achieved THE trifecta, in that his artwork was chosen for the three greatest trilogies of all time, namely The Chronicles of Thomas Covenant, The Lord of the Rings, 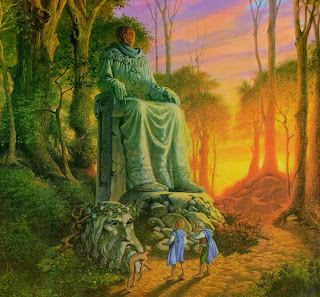 ﻿
and the original Foundation series: 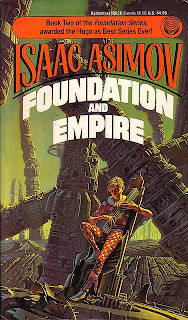 Perhaps it is wrong to judge a book by its cover, but I can't help thinking that Darrell K. Sweet inspired an awful lot of people to open a book and explore when they might never have otherwise. Farewell, Mr. Sweet, you have left an impressive legacy, both in what you have drawn and what you have drawn others into.
Posted by James Rozoff at 1:48 PM