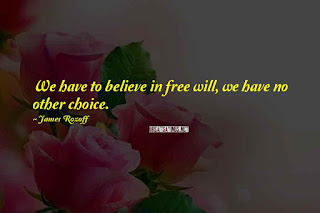 If people were aware of how fun thinking is, I’m convince they would do much more of it. I cannot begin to tell you how amusing it can be to pick apart an official narrative in order to have the absurdity reveal itself to you.

The cancer inside of us screams its warning at the threat of the scalpel that lies without.

To the degree that you wall yourself off from the common person, you cannot claim to be for the people. If you live in a gated community that keeps out the average Joe, you are not what most would consider an American. You are foreigners. You are occupiers.

We waste our precious resources creating things that don’t make us happy, and we waste the precious hours we are given working to pay for them.

When I was young I would throw a rock into the water to see what kind of splash I could make. Now I am content to admire the placidity of the surface that mirrors back to us all that is.

The argument “If you’re so smart, why aren’t you rich?” makes as much sense to me as a weightlifter saying “If you’re so smart why can’t you bench 400?” Both require a degree of knowledge, no doubt, but being intelligent usually precludes an obsession with such goals.

Have you ever had the feeling you were in an old-school video game? Where people wait until you approach before stepping in your way? And when you take the time to talk to them, they repeat the exact same lines no matter how many times you encounter them?

I think of when I feel happiest in life, and it is invariably when I hear leaves rustling or waves lapping or the crunching of snow, when I encounter the smell of flowers or the sea, when I feel the sun or a gentle breeze upon my skin. Only nature is capable of providing true contentedness, and yet we make ourselves miserable searching for contentment elsewhere, destroying nature as we go.

If people were aware of how fun thinking is, I’m convince they would do much more of it. I cannot begin to tell you how amusing it can be to pick apart an official narrative in order to have the absurdity reveal itself to you.

People don't die from lack of art, cultures do.

I think it was easier for country folk to appreciate city folk when they made tractors and trucks. It is increasingly difficult to say just what city dwellers do for those who provide their food.

I have noticed on special occasions such as Christmas, when we make a point of being nice to each other and feeling love for our fellow man, we for the most part succeed.

Anyone who sees the problem is in another and not in himself, is part of the problem. Anybody who believes himself to be part of a group immune to sin, error, and ignorance, draws a fictional dividing line.

In the battle between truth and power, truth will invariably triumph, but the casualties can be immense, the damage unhealable.

Within every aging person somewhere lies the reassuring notion that they well may be old enough to check out before the shit hits the fan.

To truly be an adult, it is not enough to be able to merely take care of yourself, you must take part in maintaining and furthering the society to which you belong.

Fools are in the majority, and they never lack confidence because a fool believes that the majority is always right.


Posted by James Rozoff at 5:44 PM No comments: 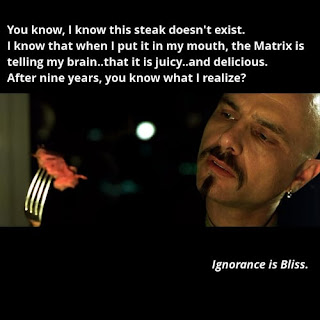 Sometimes I think of how nice it must feel to believe that one of the two major parties is actually on your side, fighting for issues that matter to you. To believe it arrogance to think that the future might ever depend upon anything you will ever think, believe, say, or do. To believe that the future we all need will be ushered in by individuals born to lead and to rule, people we need only give our approval to. To sit on the sideline and shout our encouragement to those who battle it out in the arena for our benefit.

But I have experienced that delusion, and I know that it has never made me happy. Because while I can lie to my conscious self, I know that I can never lie to my true self, my real self, my soul. While I tell my thinking mind that everything is okay and a certain breed of supermen and superwomen are shaping humanity's destiny as God or destiny instructs them, some part of me knows it is merely a story I tell myself in order to avoid speaking up, acting up, rising up. Holding on to such illusions has only ever caused me pain.
I am reminded of the traitor from The Matrix, the one who regrets having been awakened to the truth and is willing to betray all his friends and comrades in order to retreat to the security and small pleasures to be found in the illusion of the matrix. But I know, as one who used to eat fake food in the matrix, that it is better to experience all the horrors reality can inflict upon us for a brief taste of something real.
Awakened, I taste the fruits that I have raised in my meager little garden, recognizing them for the little miracles they are. I cherish each genuine connection that I have with other humans, recognizing them as part of the miracle of existence. I drink in the poems and prose, the lyrics and the music, the paintings and the movies made by those in touch with something beyond the matrix—and in turn I am in touch with the miraculous. And I realize that what I call miracles are merely those moments where I am face to face with reality, the matrix no longer standing between me and the awesome universe. Once one has experienced miracles—which is to say, once one has opened oneself up to miracles, to reality—one need never again fear gazing into truth. And once one has done that, the matrix no longer has appeal, offers no joy, no temptation. Having stepped outside the illusions, life is nothing but miracles.