If you’ve been certain that Putin had pee tapes he was holding over Trump’s head but never once considered that Jeffrey Epstein might have something similar on him, your opinions are not your own but mere echoes of what the media has told you.

Flint drinking water: Obama didn’t fix it. Trump Didn’t fix it. The next president isn’t going to fix it. Don’t even try to voter shame people. Why would anybody in Flint vote for a candidate that can even provide water?

In the transition from words in physical form to words we read on electronic devices, we lose two very important aspects of reading: 1. A book does not offer you a world of cheap distractions the way anything connected to the internet does and 2. Words on paper cannot be changed, whereas news articles etc. are constantly rewritten as soon as the words and ideas prove the writer a liar or a moron.

What did we intend to do differently in Syria than we did in Libya, which left that country a smoldering wreck and a haven for terrorists where open-air slave markets thrived?

In the relationship between humans and cell phones, I’m fairly certain which is the master.

The problem with capitalism is that it is run by capitalists.

My expectations of the world are so low it would not surprise me to hear that Adam Sandler was making a sequel to Jack And Jill.

A lot of time we see the packaging and assume there must be an actual product. We look at the politician and automatically think he must stand for something. We think with so many words and such passion in their voices that there must be some importance and meaning somewhere, and that the problem lies with us for not understanding them. We seem to have forgotten that marketing was once able to make Pet Rocks a fad. 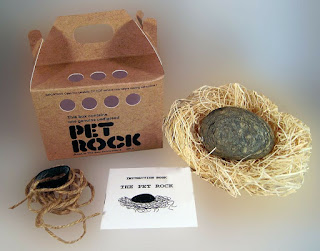 The atheist has a way of blaming God for allowing evil to exist while absolving man.

The Earth is you mother, not your whore.

From here on out, I’m totally okay with giving every U.S. President who doesn’t get us involved in a nuclear war a Nobel Peace Prize.

When the media says they looked into Biden’s son’s business deals in Ukraine and found no wrongdoing, who is “they”? Who decided that profiteering in a country where your dad helped overthrow a democratically elected government and install their own puppets is okay?

The heart is capable of understanding what the intellect cannot, but it requires patience. Wisdom breathes deeply, slowly. But we live in a world where we only have time to understand with our minds, and even then we are fed information so quickly we don’t have time to sift through the information. So it is not even our intellect that is in charge of our decisions but the 5-second response aspect of our consciousness. This is the most primitive part of our psyche, and the most easily manipulated. It is not an accident our society has come to be shaped in this way.

Posted by James Rozoff at 7:21 PM No comments: 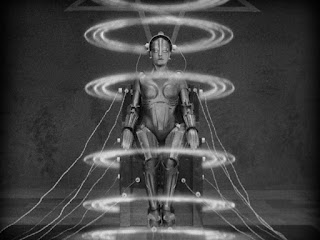 A large box sat upon the dais, front doors opened to show it empty. Doug closed the doors and began placing items into the box from an open door in the top. Springs, cogs, vacuum tubes, all the building blocks of the dawning civilization. They clanked as they dropped into the box. When he was done, he closed the top of the box, stepped down from the dais, and approached a board of dials, gauges, and levers. He pulled a lever and the electrical pylons on either side of the box sprang once more to life, snapping their energy menacingly. The stage, the entire theater, pulsated in the flashing light, so that the audience could both see and feel what was going on. The result was an audience that felt both threatened and helpless. They were mere spectators of an event that could at any moment overwhelm them.

The lightning throbbed and arced, each pylon reaching out to the other. They met at the box in the middle, the one that contained the cogs and tubes. The very air seemed to fry as it carried along the electrical charge. Behind the box, vast cogs began to spin, unstoppable wheels of industry coming to life, energized by the pylons.

Something immense was being born. Something beyond the comprehension let alone control of mere humans. The man who had pulled the lever, who was now busily adjusting dials and gazing at gauges, was in the grip of the energy as much as any of the cogs. Strobing blue light revealed him lost in ecstasy. He was part of something larger, and it did not matter that it had taken control of him. His posture, his movements, the manic look on his face made it appear as though he was no longer a man at all but a part of the machine.

And just when the noise of machinery and crackling electricity had reached its crescendo, it accelerated. This was no show for humans, it was a spectacle they were forced to participate in. They were witnesses to the dawn of a world that was indifferent and hostile to them. Their only choices were to surrender or perish.

In the midst of the madness, a sudden final climaxing throb arose. Then suddenly there was silence and darkness. The effect was even more shocking than the chaos it followed. It left the audience without anything to hold onto, as if they had been carried up into the sky and then left to fall. But the figure at the control board flipped a switch, and two lights cast their illumination upon him and the box upon the dais.

After a moment, the small sound of an opening door could be heard. The front of the box was opening, slowly, almost painfully. The hinges of the front doors seemed to shriek in pain as they gave way, as if the lightning had fused the metal. The audience peered inside the box in anticipation, waiting in fear for what would emerge from the shadows within the box. Amid the darkness inside, sharp light glinted on something shiny and silver. As it emerged it became obvious that it was a woman and yet not so. She was beautiful and bright, and yet she was not human. She was a machine, and yet something more. She was a goddess. Untouchable. Inhuman.

Upon her was an air of imperiousness. The man who had created her was enthralled with what he saw. Here was a thing of beauty to be worshipped, though it was the work of his own hands.

It could not be denied she was beautiful, despite her unworldliness. She was austere and pure, unblemished by the world, not of it. Untouched by mortality or imperfection. She was everything humanity had attained to, and yet she was not human. She was physically ideal, and yet within her gaze and within her movement, one could see that she had no soul.

Her movements were slow and stiff, but majestic. Upon her diaphanous clothing, light shown like the aftereffects of the electricity that had given her life. And all the while the man at the control board look on, transfixed.

She made her way slowly towards him, and as she neared he fell to his knees in obeisance, in worship. He bowed his head to the floor in front of her. And yet, though he did not cast his eyes upon her, he rose when she commanded him to do so with a wave of her inhuman hand. He got to his feet, head still bowed, and followed her as she walked slowly towards the box. They both entered, then the doors shut of their own accord. Once more, the machinery sprang to life, no longer requiring a human operator. Once more, lightning flashed, puffs of smoke arising from the pylons. A smell of burnt flesh, sulfur, and oil hung in the air. And when at last the machinery was silenced, when the lights died to a single circle focused on the box upon the dais, the doors slowly opened to reveal nothing but darkness.

Posted by James Rozoff at 5:55 PM No comments: 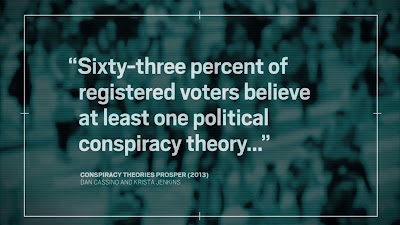 There are two equally dangerous reactions to conspiracy theories: 1. Ceasing to even consider the arguments behind an idea the moment the conspiracy label is applied and 2. the tendency to believe all of them are likely true once the evidence for one becomes overwhelming. A conspiracy theory is, after all, merely a theory that two or more people conspired for a purpose. People do that all the time. To call something a conspiracy theory should not carry with it negative connotations.

The appeal of both is to our intellectual laziness. It is being exacerbated by the information overload that is unavoidable in this age. We are overwhelmed by both theories and propaganda from official sources, and we are left to ourselves to decide which side we tend to believe. And with the endless amount of leads to follow, it is not only convenient but necessary to dismiss facts in bulk, to cling to a mindset, opinion, or group of authorities in order to avoid ambiguity and the pain of not knowing.
The answer to this problem is in letting go of a need to have a definite opinion. Between yes and no, we can add the option of “I don’t know.” Egoically, this is an unsatisfactory answer. But ego has never been our friend.

Just think of what a boon to our society it would be for people to say “I don’t know” when engaging in an argument. True, too often “I don’t know” has been followed up with “and I don’t care”. This is a third form of intellectual laziness, I suppose. But more often failing to engage in debate stems not from disinterest so much as the idea that a debate must have a winner. That’s where “I don’t know” comes in handy. “I don’t know” is you admitting you don’t have the answers, and therefore don’t feel the need to win an argument.

People often say they don’t like social media because of all the arguments. That is precisely why I enjoy social media, so that I might argue with others, many of whom I do not know. It really is an unprecedented tool for communication and education. And despite the missteps many have taken in figuring out the unwritten rules of online communication, I truly believe humans are working their way towards understanding how communication with family/friends/strangers can work. We merely have to let go of rigid opinions in order to allow more facts to help us form a more sophisticated view of things.

In short, we should not hold rigid opinions so much as theories. Theories can be modified whenever new knowledge is introduced, whereas rigid opinions necessitate the molding of new knowledge to conform to biases. The braver course is always in laying out the information you possess and offering it to others. The smarter course is in listening to valid criticism and defending your position when it is legitimate, admitting flaws and incorporating new information when it is not. Not only will you convert more people to your position with this approach, you will make those around you more accepting of spirited debate. And I'm firmly convinced the world will be made better by the collective mind than by a few know-it-alls.

P.S. I'm pretty sure JFK was not killed by Oswald, Russian election interference is a laughable argument, and reptile aliens are NOT running our planet. I'd be pleased to have a friendly argument on the first two, not so much on the third.
Posted by James Rozoff at 6:30 PM No comments: