The Things That Once Were

Editing is a good thing, undoubtedly. But there is nothing like the feeling of actually creating something without worrying too much about what one is creating. To be in the flow without the critical side of you constantly seeking to slow things down is akin to skiing down a mountain for the first time. And so with that thought in mind, I am giving you a blog post I have written completely free of any kind of censure. Take it for what it is:


I spent the day cleaning my basement as a way of avoiding writing. I haven’t written a thing all month, nor have I made a sale. It’s not that I’m despairing of writing, it’s just that I lack aim. Desire roils within me but every direction I take soon seems to be the wrong one. So I dig through the pieces of my past in order to find the man I am supposed to be.
I have gone through my books; so many of them have accumulated through the years. The 18 years since I graduated seem to me to have been one big long push. I’ve bought books intending to read them when time permits but it never has. I realize now that no matter what I do in life I will have only scratched the surface of what there is to know, to discover.
There is a bookmark on page 74 of The Blood of Abraham, by Jimmy Carter, a book dealing with the Middle East. I bought and began to read it when I was 20 in 1986, and that’s as far as I ever got. I also began Dostoyevski’s The Idiot about that time, but somehow managed to finish that one. I’ve found my highlighted copy of Erich Fromm’s Sane Society which I feared I had lent out and would never see again. I bought another copy, but there’s something priceless about a book you’ve taken the time to highlight the truly essential parts.
And there’s something special about the actual copy of a special book you’ve read when you were younger. I still keep the Lord Of The Rings boxed set I got for a Christmas present from my brother Rick when I was around the age of 10. The books, especially The Fellowship of the Ring, are no longer in one piece. But there is a picture on the top of the box of the fellowship as they walk away towards their great adventure. It is defining in my memory. You can only see the backs of the nine, but the memories the picture conjures up are still vivid. And so I hang on to that set even though I have another brand new one awaiting the time when I shall once again explore Middle Earth.
I also have 2 sets of The Foundation trilogy. Again, I cannot bear to get rid of the ones in which I first discovered the Trantorian universe. But I managed to pick up a set with the cover art done by Darrell K. Sweet. Perhaps it is wrong to judge a book by its cover, but the cover should try to live up to what lies inside.
Darrell K. Sweet’s work is what originally interested me in Stephen R. Donaldson’s Chronicles of Thomas Covenant. I was too young to afford the books when I first saw them, but I eagerly pounced on each as they would arrive at the local bookstore I’d frequent to by a comic book, something which at 25 cents a pop, was well in my price range. A while later, while helping my brother Bob move, I couldn’t help notice the three box set of the Chronicles of Thomas Covenant in one of his drawers, still in shrinkwrap. They ended up being my Christmas present that year. To this day, I have no idea if they had been intended as a gift or if I made such a fuss over them that he felt compelled to give them to me.
It seems that 15 years in my basement has put some age on these dear friends of mine. There is a certain mustiness to them, a degree of dust that has accumulated, and some mold that I cannot dust off the tops. The dust cover of Jean Dutourd’s Pluche is barely hanging on, yet I cannot bare to part with it.
I cannot believe I have allowed the things I have held so dear to endure the ravages of time and neglect in this way. For all my good intentions, life somehow managed to separate me from them. But I have lived long enough now to realize that it is the way of all things. Things get pushed to the side, forgotten about, and sometimes replaced. We can only carry those we love so far before we are exhausted by the burden. I seemed to have been born with a sense of nostalgia, always desiring to preserve what came before me. But I am beginning to feel that I too am but part of the great caravan marching towards dust and nothingness.


It may sound as if I am despairing, but I’m not. I’m merely trying to make sense of it all. I’m simply trying to understand what it is I was put here for and what I can do with the time allotted me. I realize that in order to hold on to what you have you have to let go of what you once had. I do not wish to let go of my past. I’ve always felt that my principle aim in life was to remain true to the child I once was and the ideals he held deal. But I realize that life moves on, that sometimes what you are holding on to is merely a shell of what it once was. And so I search amongst the things of my past, hoping to grasp the essence of what once was so important to me.
Posted by James Rozoff at 6:48 PM No comments:

Email ThisBlogThis!Share to TwitterShare to FacebookShare to Pinterest
Labels: Chronicles of Thomas Covenant, Isaac Asimov, Pluche, The Foundation, The Lord of the Rings, Trantor

I've just released a collection of 10 short stories entitled Stories Light And Dark. We're talking less than 22,000 words, so some of the stories are quite short. They are a collection of dark-themed stories mixed with stories that reach towards the light. My original intent was to separate them into two separate books, but the truth is nobody much cares for the more spiritual ones :) Not only that, I love to mix them all together in order to leave the reader guessing a little bit as to which way the story will turn. Give it a look. For the moment, it's only available on Amazon: http://www.amazon.com/Stories-Light-Dark-Ten-Short-ebook/dp/B00P5U55GY/ref=sr_1_1?ie=UTF8&qid=1414988150&sr=8-1&keywords=stories+light+and+dark+james+rozoff 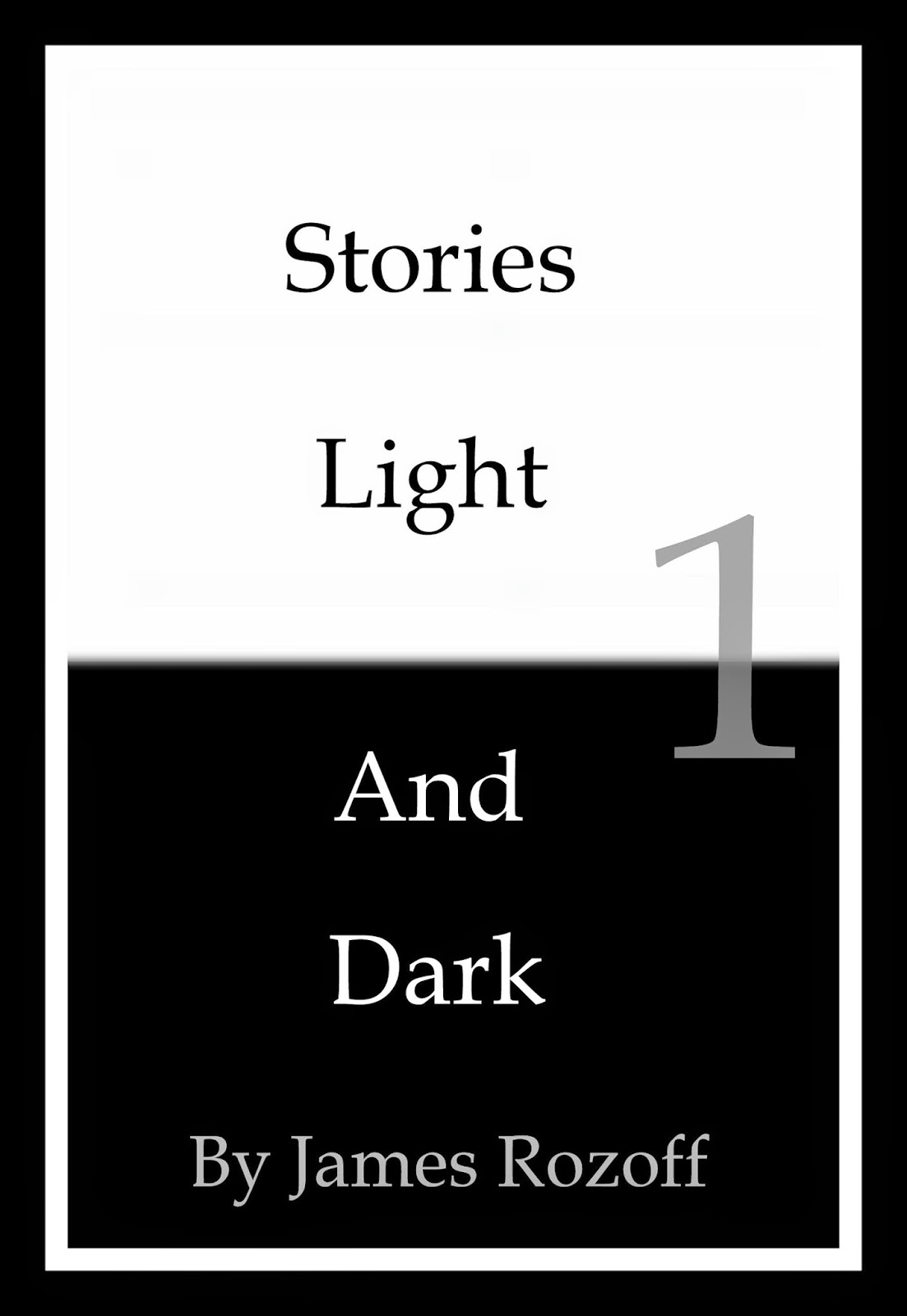 The big "1" on the cover indicates that this is the first in a series of short story compilations I have in mind.
Posted by James Rozoff at 8:26 PM No comments: