Does Genius Exist In The 21st Century?

There are people so brilliant that their genius can be detected in a single one-sentence quotation. Read a random quote from Oscar Wilde, for example.

There are people so intelligent that their brilliance is apparent in virtually every single thing they say or write. Pick up any novel, short story, or essay by Jack London and be prepared to be impressed.

The genius of some people bleeds over from their areas of expertise into whatever subject they speak on. Einstein is one such person. I can’t even begin to understand what he’s saying when it comes to physics, but he manages to impress me when he speaks about the human condition or politics, among other things.

In short, when I see genius, I don’t have to have someone tell me how brilliant that person is: it hits me on a visceral level.

I have never read a quote from Bill Gates that in the least impressed me. Perhaps he is a genius when it comes to developing software, I’ll leave that to people more versed in the field than I. But when it comes to stepping outside his area of expertise, he does not impress me in the slightest. The only thing I’ve witnessed is the mutterings of a mediocre mind. I’ve read his book suggestions and not once have I seen a book among them that suggested Bill Gate’s reading list has anything of value to offer society.

So why is his name mentioned at all when it comes to the current pandemic? Has he gone back to school and finally got a degree in something, in medicine or virology perhaps? Why should I or anyone else care what he has to say? Who made him an authority on anything, and why does the world require his leadership? Who are today's arbiters of genius?

In fact, I would go as far to say that there is not a single person in the public eye at present who demonstrates anything I would say is clear, unmistakable genius. Thomas Friedman is always being held up before me as a great thinker. He can be clever, I’ll give him that. But his cleverness is more often used to rationalize than to elucidate. And history, I'm convinced will not be kind to his central theses.

Who else do we see on television or in print that could even be considered for the designation of “genius”? Neil deGrasse Tyson? Again, he’s assuredly intelligent in his field, but does that intelligence translate outside of it? A huge step up from Bill Gates, but hardly comparable to an Einstein, who was in turn also a much greater figure in science. Who, then?

I am almost tempted to turn to comedians to fill the void. They alone seem to be able to look beyond the rather narrow parameters of vision current society is stuck in. Among them, among those the mainstream admits exists, I would point to John Stewart as the closest there is. And he, sadly, has bowed out of the public eye, perhaps realizing that the public eye was winking shut on anyone willing to stare boldly at the truth of things. Not too long ago, I would have included Stephen Colbert, but the last couple years have shown that there is something lacking in him that anyone who might be considered to have genius must possess. A person of genius must be uncompromising in looking at the heart of the matter, of getting to the truth no matter how uncomfortable or unpopular the truth might be. That is not Stephen Colbert.

Where then, can we find the thoughts of genius we need in order to elevate our own thinking, and in turn elevate the way we interact with and improve the world in which we live? Fortunately, we can reach back in time, for the past is replete with the collected thoughts of those in touch with genius. To list a few would show my biases, but you can’t go wrong with the classics. You really have not need to go past the age of Christ to find genius from many sources around the world.

But is genius to be forever relegated to that past? Is there no room for it here in the 21st Century? The answer is no, there is not. At least it is not to be found in corporate media. Think about it: how many times have you heard the voices of Martin Luther King or Mahatma Gandhi on television? If the media cannot even acknowledge accepted genius, what chance is there they will ever permit the voices of present genius?

Genius does exist, however. It exists where it has always existed in eras where the truth is avoided because it contradicts authority: on the periphery. Not only does it exist, I’d go so far to say it is thriving. Again, I could list a lot of names of people who impress me with not only their intelligence but also with their determination to pursue truth beyond the stagnant accepted parameters. I could go with a well-seasoned mind like Chris Hedges, or youngish but vibrant minds like Niko House or Jamarl Thomas. If you want your intelligence and integrity to be served up with a healthy dose of humor, I’d say Jimmy Dore.

But if you want my pick for someone whose writing belongs beside any acknowledged voice of genius throughout history, I’d go with Caitlin Johnstone. She is everything I mentioned in the first paragraph. You can detect genius in a single sentence. You can see it sparkle in just about anything she writes. And while she is prolifically writing daily political articles, you see her genius spill over into her poetry, her drawings, her philosophical, psychological, and spiritual musings.

Check her out. See what genius looks like in the 21st Century. Because you’re not going to find it in the Washington Post or CNN.

Posted by James Rozoff at 6:57 PM No comments:

What Will Our Future Be? 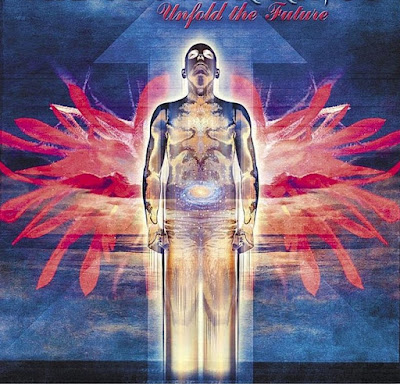 What will our future look like? Don’t scurry around looking for the opinions of experts. Our experts have failed us. You’re the expert now, what do you think?

When someone asks you what the future will look like, you might get images of Mad Max or The Matrix, but those images have been implanted into the fear receptors in your brain. Even if you have thought those ideas on your own, you have never desired them to come to be.

You know how this works on a personal level. Everyone knows that if you eat right, if you brush and floss regularly, exercise, save money and work hard, your future will be much more pleasant than if you do not take care of yourself or plan.

But you are part of an ecosystem. Just as a healthy plant cannot thrive in an unhealthy environment, neither can you thrive in a poisoned ecosystem no matter how you tend to your own health. You will never truly be happy or healthy so long as you neglect the environment in which you live. How healthy will our future environment be?

You’re writing the script even as you read this. Your smallest decisions are determining the future that is coming. It is impossible to know whether your largest efforts will bear fruit, it is true. But it is also impossible to know that your smallest choices will not bear fruit you never would have believed possible. As with the choices you make for your personal wellbeing, it is the day-in, day-out routines you establish which will block by block build the future you desire.

You can feel helpless if that is what you want, but feeling helpless feels horrible. It’s better to feel helpful, powerful, meaningful.

That’s a choice. It’s a habit. It’s an attitude. You just decide you’re going to look for ways to make the future like how you want it to be. You just find ways that you’re making the world worse and find alternatives. You find one tiny little thing that you were doing before, and decide you don’t have to do it. Think of one small bit of your own power you were giving to soulless institutions or bullies that insisted you had to do things the way they told you, and take it back.

Do it. Find some tiny scrap of change you can make, and then ask yourself if feeling powerful doesn’t feel better than feeling helpless. Embrace the glorious feeling of being able to do something that is good for the universe, and all of the sudden new ideas will occur to you. And each time you embrace such an idea it will make you feel good in a way you had long stopped believing was possible. Feel your power and you will soon realize that those who took it from you or told you you couldn’t have it weren’t your friends. Feel your power and you realize you will never let them take it from you again. There is nothing they can threaten you with, because they cannot threaten you with anything worse than that feeling of helplessness that had been eating away at your gut.

The future is in your hands. What will it look like?

Posted by James Rozoff at 5:50 PM No comments: