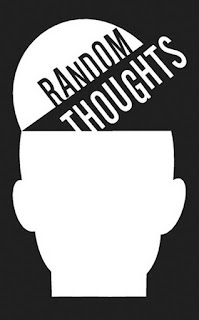 Time and again they brag about how shiny their machine is and how fast it goes. But never do they bother to answer when you ask them where it’s going.


The difference between driving your car up a curb in order to run over a bunny rabbit and flying to Africa to shoot an animal is merely the degree of commitment required.

As insightful as The Matrix is, they got it wrong. It is the illusion that is always the painful place to live in, though it can appear to provide comfort or at least refuge. It is ALWAYS better to know the truth, because when you know the truth, the subtle lie does not weigh on your conscience, poisoning the sweetest joys that are available to even the poorest and most set-upon of us.

You really can’t blame people for making bad choices until you make sure they have good ones available.


When most non-Christians reject Christianity they concentrate on the mystical aspects while ignoring the revolutionary teachings of Christ. When most Christians embrace Christianity, they too concentrate on the mystical aspect while ignoring the revolutionary teachings of Christ. Both sides give lip service to such notions of non-violence, forgiveness of others, loving others as oneself, and a desire for peace. But somehow the message that Christ delivered not only in word but in example seems to be the elephant in the room.

Is it weird that I should be nostalgic for a past that was spent dreaming of the future?

As I grow older I come to regard all that is natural as miraculous and all that is manmade as suspect if not outright corrupting. Awe is to be found in nature, distraction is all one can find in the world made by humans. I despise the use of the word “awesome” being applied to anything created by humans with the exceptions of Notre Dame Cathedral and Anglagard’s first album.

Truth without power is a dangerous possession.

You ever get the feeling humans have fallen a little too in love with their technology? It is not too different from the story of Narcissus falling in love with his own reflection.

I sometimes get the feeling that the 17th Century will eventually wake up and realize human flight and the internet were just a crazy dream brought on by something they had eaten. After all what a silly notion it is to believe that at this moment there are people sitting comfortably in the middle of the sky accessing information instantaneously from all over the world. Wondrous stuff for a fantasy novel, though.


We all want to shape the world in our own image, and we all envision a world where people such as ourselves sit a bit above others and are revered.

I’d rather be the quiet than the noise.

Science not in the service of nature is an abomination.


Sure, they call it a restroom, but you try taking a nap on the floor in one at a Barnes And Noble and people get all weird about it.

Posted by James Rozoff at 7:15 PM No comments: