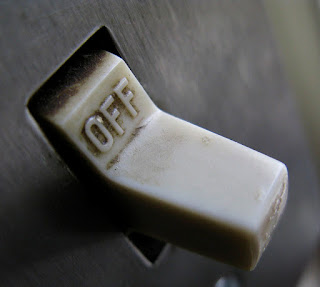 Reality occasionally cuts through the artificial world we’ve created for ourselves. It is at such moments we realize how distant the two have grown from each other.

It happened to me today at work when a coworker noticed I was being bothered by the fan blowing at me and stated that it really wasn’t warm enough to have a fan on. He then said he could point it in a different direction if I wanted.

That’s it. That’s the moment. I realized that people no longer consider turning things off as an option. That would have been the logical choice for anyone from a past generation. That is the correct action that was drilled into my skull by my parents as a child. If you're  not using it, turn it off. If you’re not watching the television, turn it off. If you’re not in a room, turn the light off.

Sounds like nagging, doesn’t it? What it actually is is common sense. Your parents nagged you for a reason, because you had a lot to learn. They nagged you because they knew there was an electric bill to pay every month and there were real consequences for wasting energy.

More than that, though, they grew up in a different reality, one where thrift was not only wise, it was necessary. You did not waste because the alternative might just be hunger or abject poverty. For many of our ancestors, it was a matter of life and death.

We no longer have real connection to the world in which we live. Out of sight and out of mind is the supply side for the electricity. We do not see the power plant where the electricity is created. We are not aware of the excess heat created along with the energy that contributes to a warming planet. We do not see the mountains of coal that have been shipped from out of state, mined by people who work horrible jobs and destroy their health in the process. We do not see the ravaged landscapes that are the result of coal mining. We never think about the many people involved in bringing electricity to our homes and places of business: the linemen, the loaders of ships and the crew of such vessels. So given our blindness to our reality, why would we ever think to turn something off, especially at work where someone else is paying for it?

I caught myself in my own little bubble recently. I was about to pour myself a glass of water but had just done the dishes and didn’t want to dirty another glass. So I thought about just having a can of Pepsi. And then it hit me: I would save myself the energy of washing a dish by having others mine aluminum, ship it somewhere to be fashioned into a can, fill it with ingredients from God knows where, and then take it by semi to my local grocery store, where I would waste gasoline extracted from Saudi Arabia, shipped to Texas where it was refined, and then brought north to Wisconsin where an attendant is paid money to take mine. But it really was simpler on my end to have a Pepsi.

The problem is that we are all interconnected in ways we don’t ever stop to think about. In fact, we have become so interconnected that it is impossible to comprehend. Truth be known, we would not have a cell phone or the clothes we wear without people—often children—being exploited in order to provide us with cheap goods we don’t really need. Nobody, given a direct choice, would choose to have children mining precious metals for subsistence wages. But, you see, it’s just so darn…convenient. And the underlying principle of convenience is that we don’t want to think too much about it. So much easier to go with the flow.

The problem with going with the flow and with convenience is that in the long term they lead us to a bad end. Nobody got anywhere worth going by taking the convenient route. There’s a price that isn’t being paid and a reality not being dealt with, and eventually it will come back to bite us.

It is time—way past time—for us to begin reconnecting to our world and our fellow humans in simple and concrete ways, of trimming out the complexity that leads to alienation. To do this we have to swap out the concept of convenience for simplicity, replace quantity of goods for quality of experience. 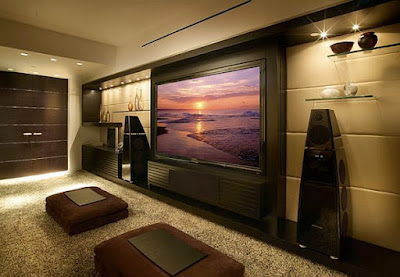 We don’t need more possessions, larger televisions, or faster internet service. Anyone complaining they don’t have enough of those things in 21st Century America is sick in the head. In truth, we are a society that has been suffering for quite some time now with the disease of consumption. We have made as our heroes those who do much, create much, have much. The people we need to start holding up as role models are those who take little, both from others and from nature. Those who find contentment in the simple joys that are afforded to the many instead of those that can only ever be afforded by the few. 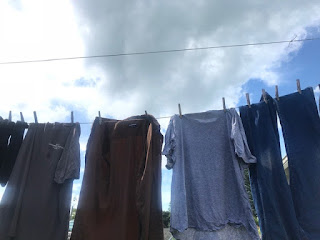 This is not only necessary, it will feel good. Once the sickness has passed, we will realize just what a fever-induced delirium we have been living. Once we have freed ourselves from our insulated bubbles, we will feel how healthy it is to be connected to the world in real and meaningful ways. We will once again know how it feels to walk barefoot through the grass with the sun on our skin. We’ll realize that sun-dried sheets smell infinitely better than a dryer sheet. We’ll once again eat real food, live in the seasons, wear clothes made by willing workers rather than children under threat of starvation. 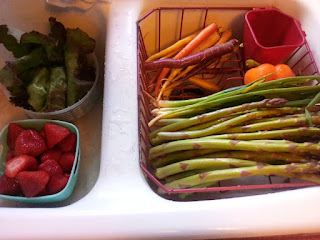 This is going to be good.

Posted by James Rozoff at 1:55 PM No comments:

Meditations On A Poem By Caitlin Johnstone 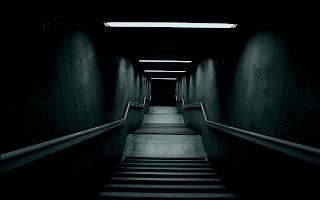 If you have not yet read it, I highly suggest this wonderful poem by Caitlin Johnstone. Her book Woke is never too far from my side and I often reread it and meditate upon it. I was recently doing so and would like to add to what she said in my own non-poetic way.

Have the courage to speak, yes, but also have the courage to feel. Because the bastards not only want to shut you up, they want to shut you down. Sadists are like that. They not only want to control your behavior, they want to control your very thoughts and emotions. They do not permit you your own feelings. Your feelings are an assault upon their mastery. They will seek to convince you your very feelings betray what a worthless person you are. Feel!

And you are tempted to shut down your feelings, aren’t you? You see the horrible things the bastards are doing--the killing of innocents, the perversion of childhood, the destruction of forests, the defaming of truth-tellers--and it all becomes too much to deal with, so you look away, pretend it isn’t happening and distract yourself with lesser things. You create you only little niche where you feel you can have some impact, and in so doing abandon the idea of being powerful on the more important issues. You create for yourself a smaller--tiny--world, because when you open up your feelings all you get is pain.

But don’t stop feeling. Take it all in, every bit of it. Accept what your eyes see, what your ears hear and what your heart knows. It is not your feelings and senses that are betraying you but the sadists who see you as another commodity on the shelf which they can buy and then dispose of when you become useless. Feel more intensely, and you will feel the power surge back into your weary and faded essence. Feel more fully and you will once again be flooded with your own power, and it will rinse away the fear and self-loathing that has dominated your life for too long. Feel and you will have the power of righteous indignation Dr. King spoke of. Feel because that’s what it means to be alive. And you are ever so gloriously alive. Feel because if you don’t you are already dead. Feel, because if you are already dead you have nothing more to fear from the sadists.

Feel because only in feeling do you realize your power. Only in being fearlessly yourself can you counteract those who wish to possess you in a material as well as a mental and spiritual manner. To feel is to be in touch with that miracle of life that flows through you every second you are on Earth. And this alone is the answer to oppression. This is the spiritual response to the materialist’s preference for possessions over human beings, domination over love. To be open to what you are feeling and thinking is the answer to conformity and authoritarianism. If you allow yourself to feel, you will finally realize you are not a thing which can be owned but an individual who needs not bow to anyone.

To be open to that which flows in you is to take the greatest of pleasures in the simplest of experiences: the smell of a flower, the touch of a cool breeze, the sound of waves lapping on the shore. In being open to that flow you realize all the temptations of the sadists are perverted and ugly distractions. In being open to the life within you, you understand that there is nothing they can threaten you with that is more fearful than closing yourself off to yourself. The only real hell is submission to their dominance. In realizing you are not a thing but life itself, you will no long require their baubles and their cheap toys they sell as the keys to happiness, no longer fear what their wrath.

Live, and do not resign yourself to a life within the shadows. Live and abandon the cages they wish to keep you in. The only real means of resisting is by rejecting. They cannot define you.

It means nothing to speak without fear, it means everything to feel and look without fear. The timid soul can speak fearlessly because, never daring to look at things as they are, never allowing themselves to feel genuine emotion, they will never utter a disquieting thought.

Nietzsche’s expression “When you stare into the abyss, the abyss stares back” sounds as if it comes from one who has been to the edge and come back to tell the tale. It sounds like the statement of a great explorer who has come to the end of human ability to explore reality. In truth they are the words of a coward who peered into the depths, saw things that frightened him, and ran away. Look, look into the abyss without worrying about what stares back. Do not fear the utter darkness for it is your mission to bring light to it. When the abyss stares back be so unafraid and open that your brightness causes it to avert its gaze. You are light. You are life.

Once you have gazed upon the abyss and driven away the monsters of your own creation that lurk there, you will have no need to worry about what it is you should say. The words will burst from you. They will burst from life itself, because that is what you are.


Posted by James Rozoff at 9:35 AM No comments: