Winners Of The Book Giveaway Announcement

Thanks for coming to visit my site. The winning numbers for the giveaway are 19 and 14 (You see, together they are 1914, the year the First World War started, which is kind of relevant to my newest novel, Seven Stones. If you had one of these numbers, email me at jamesrozoff@sbcglobal.net and I will send you a copy of whatever book of mine you would like. Be sure to tell me what number you had and be sure to include the password so I know you're the legitimate winner. Thanks for playing. 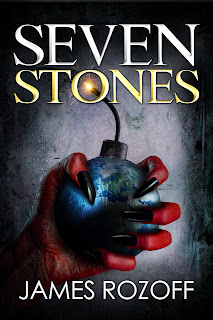 Posted by James Rozoff at 5:00 PM No comments:

First Words Of A New Novel

The year is 1917 and the first World War is raging. Meanwhile, our protagonist has seen too much and prefers escaping to Northern Ontario than serving in the military. Here then is the beginning of the sequel to Seven Stones, tentatively titled Shell Shock: 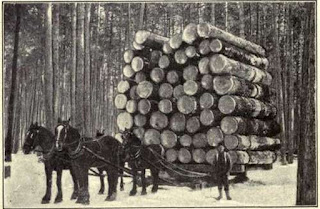 Steam rose from the backs of four horses as they struggled to pull a heavily loaded sled up a snow-covered hill. On either side of them, as far as the eye could see, trees too small for harvest were left standing amid large gaps where giant pines once stood. Behind the horses was a sled filled with the timber of once mighty trees, piled so high that even sitting at the lower end of the hill it stood taller than the magnificent draft animals.